Meeting of Minister Petricevic with the Deputy Prime Minister of the Republic of Serbia and the Minister of Defense PhD. Nebojsa Stefanovic 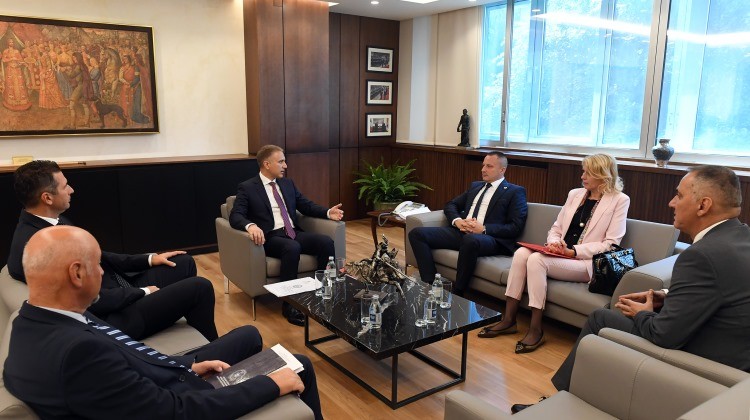 Minister Petricevic thanked Minister Stefanovic for the hospitality, emphasizing that today's meeting is a continuation of successful cooperation between the Ministry of Economy and Entrepreneurship and the Ministry of Defense.

Petricevic and Stefanovic discussed the directions of future cooperation in the field of purpose-built industry, in accordance with the conclusions adopted at the last joint session of the governments of the Republic of Serbia and the Republic of Srpska.

On this occasion, Minister Petricevic emphasized the importance of investing in the purpose-built industry of Srpska in order to preserve and create new jobs in these companies, but also for the overall economy of the Republic of Srpska.

He also confirmed his commitment to further strategic deepening of cooperation, as part of the implementation of the Agreement on Special Parallel Relations between the Republic of Serbia and the Republika Srpska.

Minister Stefanovic assessed that the relations between Serbia and Srpska are continuously strengthening and that they are an example of how they work together to develop and create better living conditions for citizens, and at the same time contribute to preserving the stability of the region.

He pointed out the developed cooperation in mutual interest that the Ministry of Defense and the Serbian Army have achieved with companies from Republika Srpska, such as "Orao" from Bijeljina, "Kosmos" from Banja Luka and the Special Purpose Engine Company from Pale.

Let us remind you, this year, the Ministry of Defense signed the largest individual contract on engine overhaul with the company "Orao" from Bijeljina, worth 3.7 million euros.